India has already been an active IT player for nearly two decades with strong hold on global outsource software industry. So far most of the Indian software development companies have been working for clients from outside India and of course, have received immense kudos for offering topnotch services; however, they have got little opportunity to work for local software implementations.

But it´s time when they have opportunity to work for their own country, for the causes and issues they too face in day-to-day lives, through the program called Digital India launched by government of India in 2014. Digital India is an umbrella program of worth 1 Lakh Crore that covers hundreds of small-big IT implementations across several departments of government of India. Now transforming India into digital empowered society and knowledge economy is one of the goals of the nation and this goal has to be achieved through Digital India initiative.

Rapidsoft Technologies, in this episode, is already contributing its part of software development knowledge long before government launched Digital India initiative in 2014. We have concluded the implementations of Bill Tracking System (BTS) and Application Tracking System (ATS) for National Highways Authority of India (NHAI).

This software system is aimed at automating the process and cutting the use of paper in tracking of bills/invoices that are submitted to NHAI by parties like contractors, concessionaries, consultants and various other firms.

This software system is aimed at automating process and cutting the use of paper in tracking of applications that are submitted to NHAI by institutions and other commercial establishments to take permit of access to the National Highways. 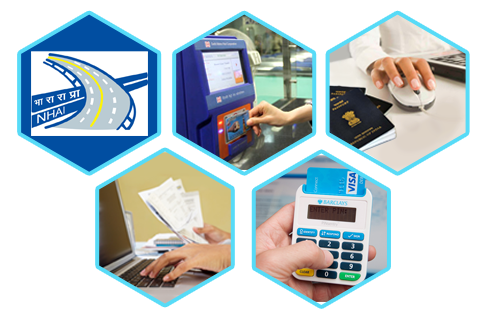 Rapidsoft Technology has several years of expertise in designing, developing and implementing almost all sorts of web applications and mobile applications. The company holds expertise in a variety of software technologies like Java, PHP, ASP, Dot Net, Android, iOS and cross platforms as well as has implemented hundreds of web and mobile applications for businesses and organizations engaged in commerce, education, health, entertainment, social networking, etc.